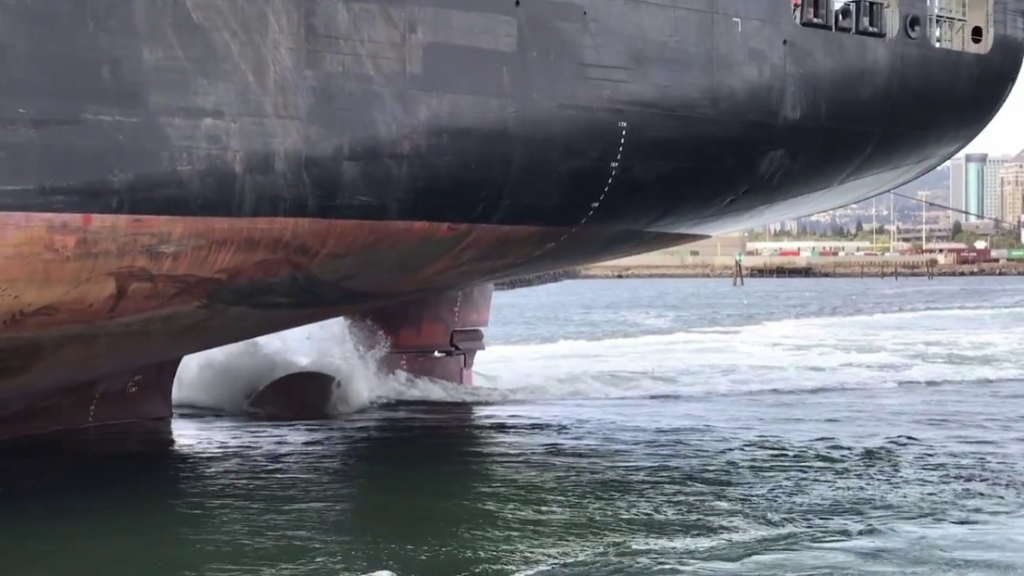 Interprogetti has been dealing with partly submerged propellers on displacing ships since the early nineties and is still dealing with this matter to try to exploit the results of such a successful research work on a large scale and several practical applications.

Details of this research work cannot be shown here because of a various confidential agreements signed with different partners involved in this matter but could be disclosed to possible parties interested into this matter providing certain conditions are complied with.

However, it is considered noteworthy to highlight that the research work included several investigations with models either in the traditional model basin and at the cavitation tunnel as well as a campaign of one month of trails carried out on two ships in service (M/V Mariaclara and M/V Turiddu) which were purposely lightened and trimmed by bow to investigate the effects related to sailing with some 20-25% of the propeller disk area permanently out of the water.

Eventually this work led to the construction of a new ship, i.e. the M/V Alnilam, a livestock carrier of about 100 m in length with a full load displacement of about 5500 t which is still provided, as she is still sailing regularly, with a 4 blade partly submerged propeller of 4.4 m diameter. The venture was successful and the performance was impressive, given its 8% reduction in terms of propulsion power (without issues), in comparison with the equivalent ship, designed according to the “common practice”.