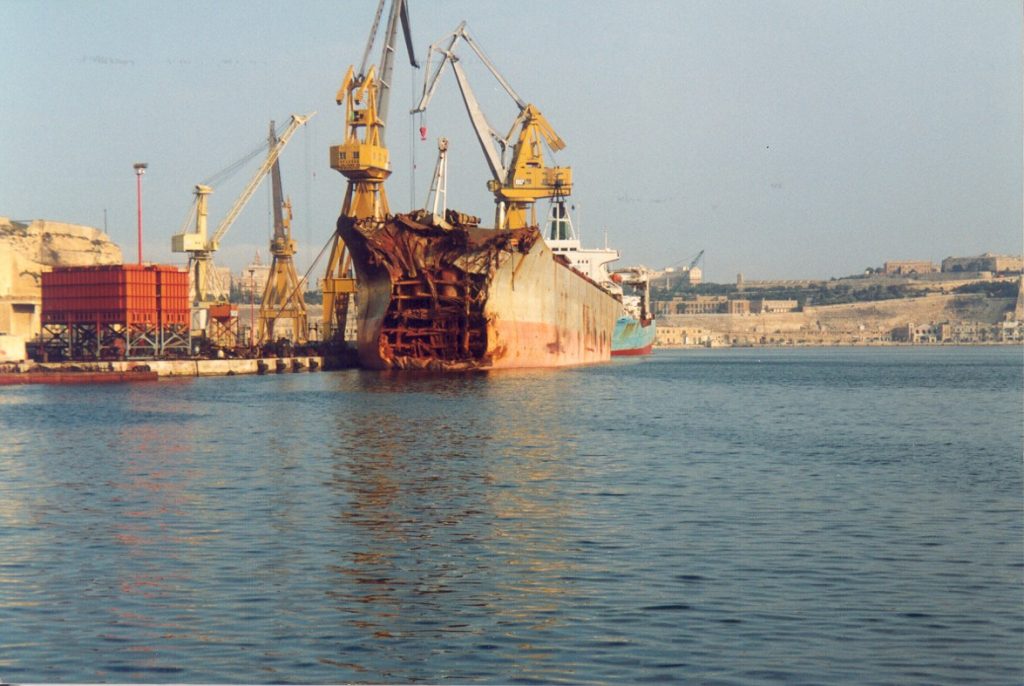 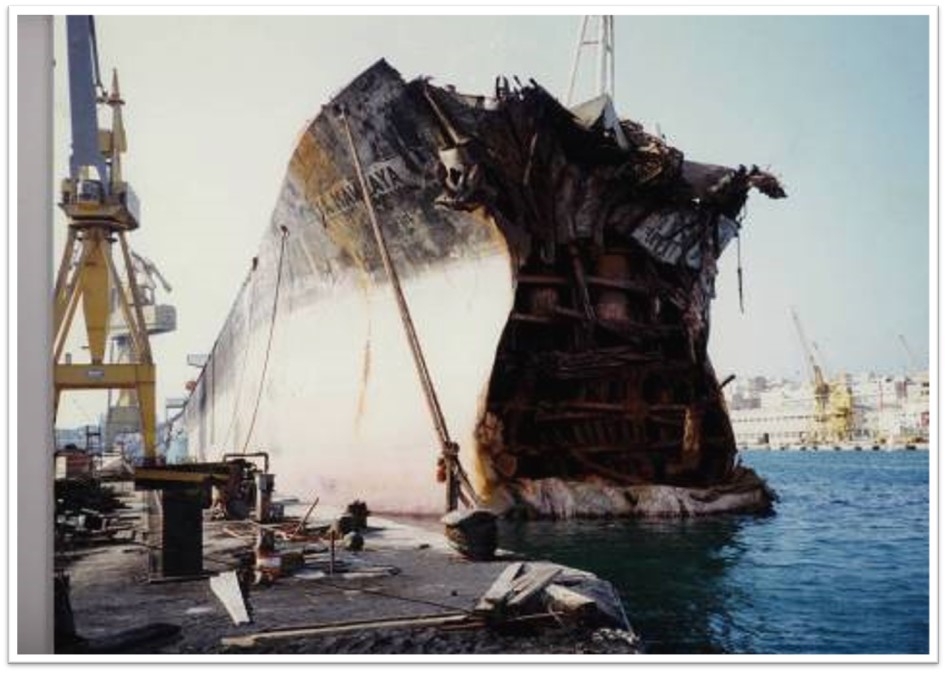 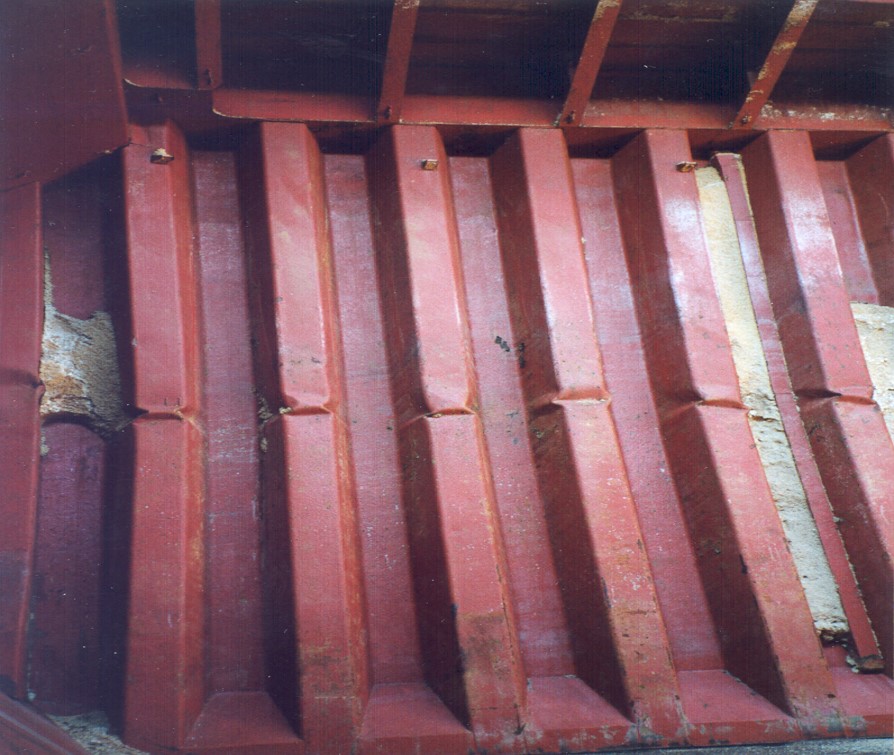 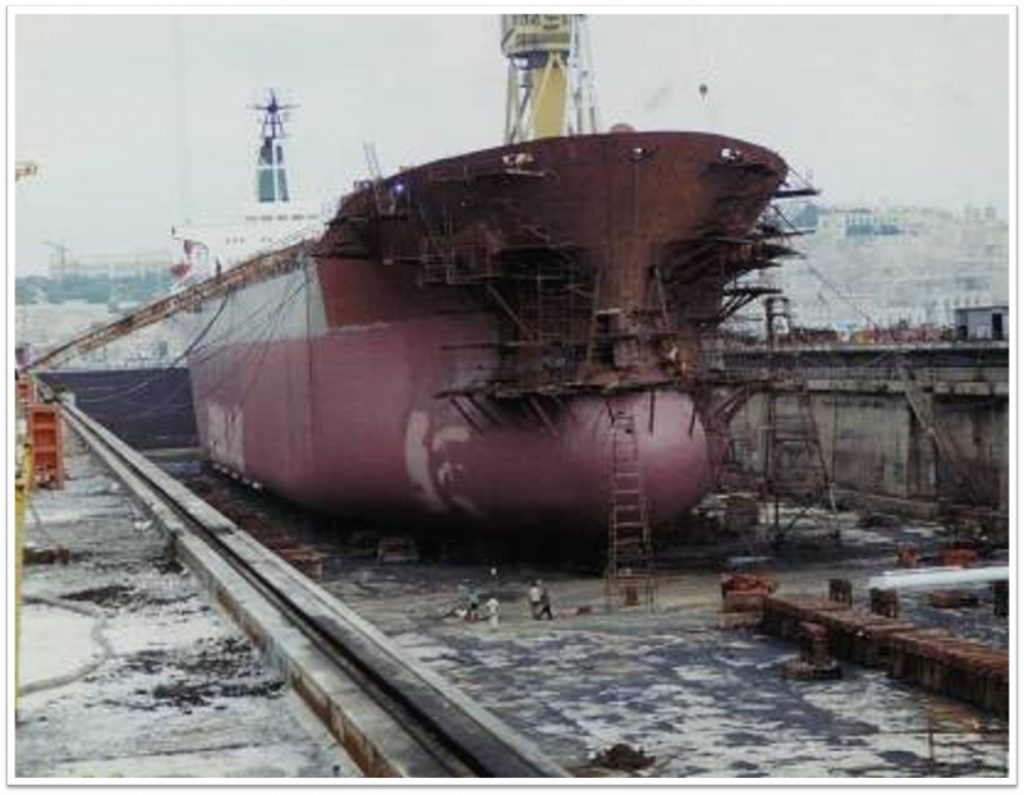 The ship collided off Portugal cost and water flooded into cargo holds through the damage collision bulkhead causing progressive collapsing of transversal bulkheads. Luckily, the fourth bulkhead was purposely designed as ballast tank bulkhead and did not fail allowing salvors to tranship cargo into another vessel and to tow the ship into a safe port. On behalf of the Hull and Machinery Underwriters Interprogetti Genova surveyed the ship and highlighted that the failure of forward transversal cargo hold bulkheads was not related to corrosion, as initially maintained by cargo interests, but it was the result of inherent weakness of the same. Indeed, the subsequent IACS retroactive requirements dealing with the strengthening of transversal bulkheads are the evidence that this damage was typical on many ships built on the basis of the old regulations which required the transversal bulkheads to withstand lateral loads induced by cargoes having specific gravity not greater than 0.7 t/m3.