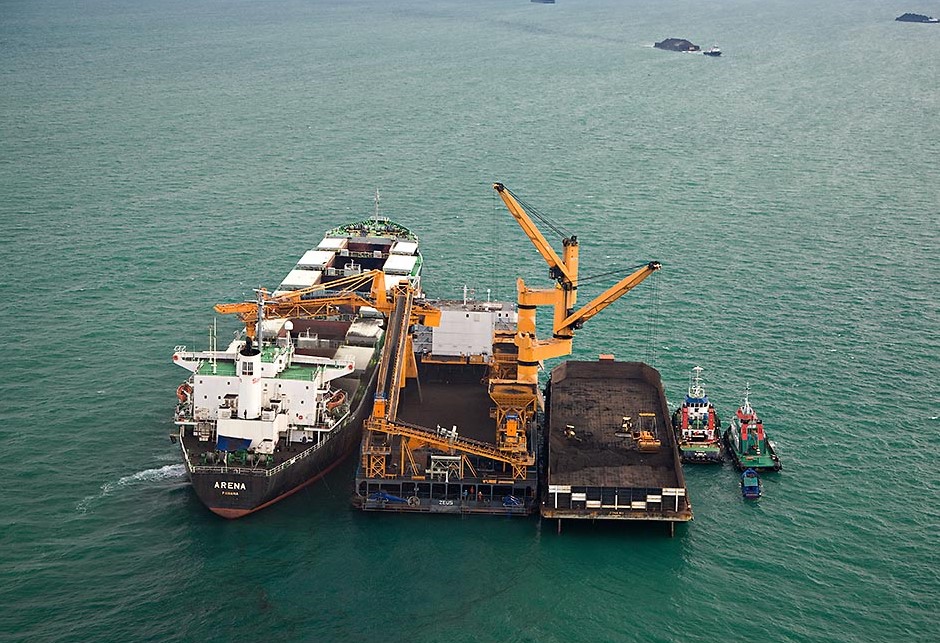 This research work was undertaken in the early nineties for the purpose of identifying the most suitable dimensions and arrangements for floating cranes provided with heavy duty and fast revolving grab cranes to be used for transhipping operations in open seas in place of the traditional floating cranes, characterized by large but slow grab cranes with heavy counterweights.

The idea was a novelty and no one had sufficient knowledge about the behaviour of a fast heavy duty four wire grab crane mounted on a stiff barge floating in open seas and subjected to different sea spectra. The work included several station keeping tests with models of four wire grabs mounted on model of cranes.

The work was successful and extremely fruitful (daily transhipping rates quintupled and investments halved, i.e. ER >10). As a matter of fact it led to the construction of several transhipping units which nowadays are still operating in Kalimantan waters and worldwide together with many other similar barges shamelessly copied by competitors.